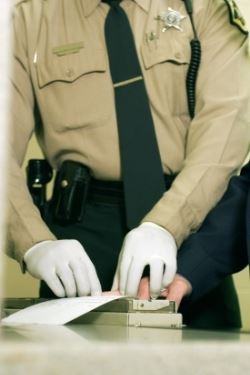 Los Angeles has long been recognized as the epicenter of numerous drug cartels and drug trafficking operations, and Los Angeles law enforcement is notoriously hard on drug crime cases. In fact, there are many Task Forces that have been assembled throughout the city to combat drug crimes and to conduct both state and federal investigations of suspected offenders.

If you are under investigation for a drug crime, you must realize that there are many resources and much effort being used to find proof that you have committed a drug crime. It is imperative that you take action immediately to protect your rights, your reputation and future from the consequences of conviction.

If you have been arrested for a drug crime in California, you are facing serious penalties that could affect the rest of your life. Speak with a highly trained Los Angeles drug crime attorney from our firm so that you can discover what your best course of action is. We understand the state's laws on mushrooms and other types of drugs in CA.

The prosecution and law enforcement will team up against those facing drug crimes charges and do everything in their power to fully prosecute the defendant. Contact a skilled drug crime attorney from Lessem, Newstat & Tooson, LLP at your earliest convenience to prevent any serious harm from being done to your future.

In California, it is illegal to manufacture illegal drugs or controlled substances, including marijuana. The crime that an individual will be charged with in regards to manufacturing or cultivation depends on the kind of drug being made.

California Health and Safety Code 11379 makes it illegal to manufacture or in any way take part in the process of manufacturing controlled substances including cocaine, opium, methamphetamine, or any other controlled substances. A common example would be running a methamphetamine lab. Additionally, it is a crime to be in possession of the chemicals that are used to manufacture certain drugs.

If you have been charged with Health and Safety Codes 11358, 11379, or any other drug related charge, call Lessem, Newstat & Tooson, LLP immediately. Without a skilled and aggressive criminal defense attorney, a prosecutor can decide to charge you with the worst possible crime. Lessem & Newstat, LLP have been successful defending drug related charges on many occasions.

Here at Lessem, Newstat & Tooson, LLP we have handled more than 200 jury trials on the behalf of those accused of crimes throughout Los Angeles, and many of these cases involved drug charges. Our skilled Los Angeles drug crime lawyers can protect your rights and help you build a compelling defense for any of the following charges and more, so call today to schedule a free consultation and read through our helpful drug crimes FAQ.

Questions? Contact us with your questions about criminal defense in LA.